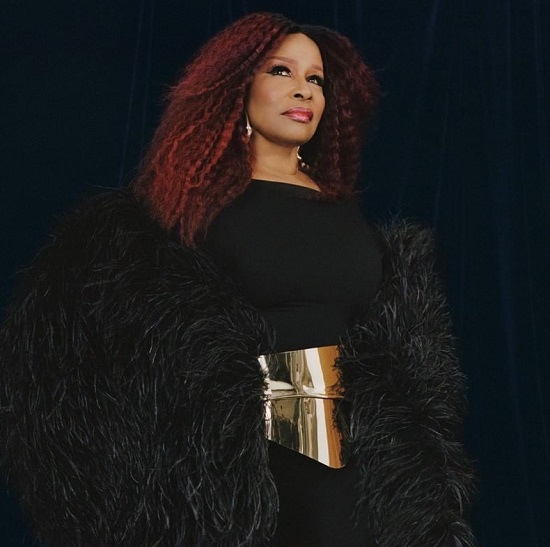 It seems movie musicals are all the rage these days. The latest is British import Everybody's Talking About Jamie, a story about a young queer man coming of age and coming into his own fabulousness. The film's soundtrack, of course, features songs from the all-star cast as well as a few original contributions from big names. Perhaps the biggest inclusion is that of legend Chaka Khan, who contributes her new song "When The Time Comes."

Chaka never does anything halfway and "When The Time Comes" is no different. The track is a disco-influenced number that capitalizes on the feel-good vibes the musical inspires. With a syncopated rhythm and flute flourishes, the cut shakes and shimmies to its own infectious beat. The singer, meanwhile, adds a little bit of grit to the shimmer with her signature rasp and huge voice that keeps the song's message of taking advantage of opportunities loud and clear. "I'll be ready when the time comes / We only have the possibility / And we're gonna blaze a trail for the world to see," she sings on the chorus. "So when the time comes / I'll be ready when the time comes."

The time for the Everybody's Talking About Jamie soundtrack is now, with the full cast album available now on all digital services. In addition to Chaka and the full cast, the album also features contributions from Sophie Ellis-Bextor, Todrick Hall, The Feeling and more. Get into Chaka Khan singing "When The Time Comes" when you press play and look for the movie musical to arrive on Amazon Prime Video on September 17th.