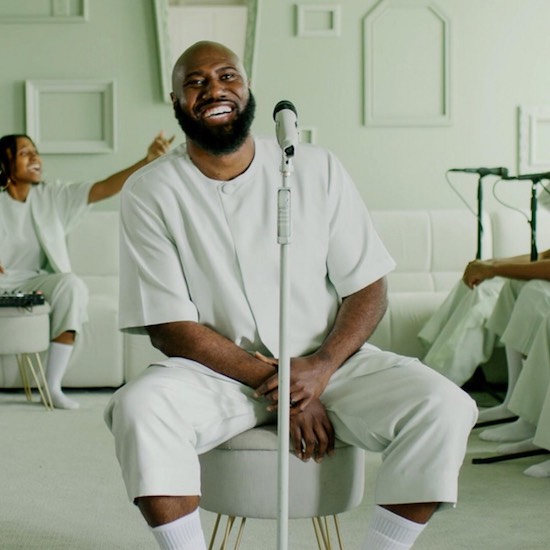 Singer, songwriter and actor David Michael Wyatt’s talent is simply undeniable. Whether showcasing his talent on season six of BET’s Sunday Best gospel competition; sharing the stage with R&B and gospel greats like Eric Roberson, Lalah Hathaway, ‎Kirk Franklin and Erica Campbell; or leading praise and worship at Beyoncé’s home church, St. John's Downtown Church in Houston, his gift comes shining through. For those who are somehow unfamiliar, his new single “Hydration” is the perfect introduction. The LaNell Grant and Nic Humes-produced track is a masterclass on both vocal control and acrobatics as he offers a loving tribute fit for either his queen or his Creator.

For the accompanying video, Houston rapper Tobe Nwigwe is in the director’s chair ‎while Javeon Butler and Justin Stewart capture the living room studio performance of the celestial single. Singers Vanessa Hill, Solomon Headen and Chastity Hinson complement David Michael’s falsetto while showcasing their own extraordinary tones. It's all truly a match made in minty green heaven, and we can’t wait to hear and see more.

Dive into David Michael Wyatt’s “Hydration” and make haste to add the track to your collection from your preferred digital platform. SoulBouncers in Atlanta, DC, Chicago, Los Angeles, New York City and Houston can grab tickets to catch him live as he once again joins Tobe Nwigwe as part of his upcoming Monumintal Tour this fall.