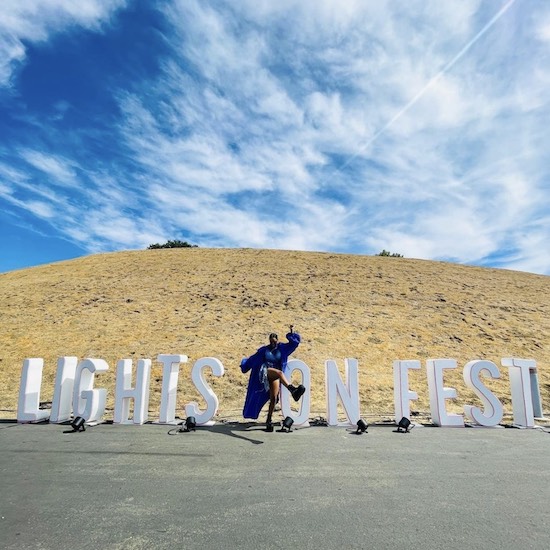 The pandemic hit like a shockwave last year and deeply shattered the live music industry, canceling events and performances around the world. One such event that felt that direct impact was H.E.R.'s Lights On Festival, the brainchild of legend-in-the-making and her celebration of R&B music, which debuted in September 2019 and was scheduled to return in September 2020. The viral vortex brought an abrupt halt to the momentum built from year one, but this past weekend marked a do-over of sorts, a postponed delivery of the festival’s second year as if it never missed a step. Nestled decidedly in the Concord section of H.E.R.’s native Bay Area, not too far from her hometown of Vallejo, the festival grounds were alive with lots of color, picture-worthy backdrops and people in full middle-finger-to-the-pandemic mode in the name of loving music. And maybe just in the name of wanting to be outside and feel normal again. 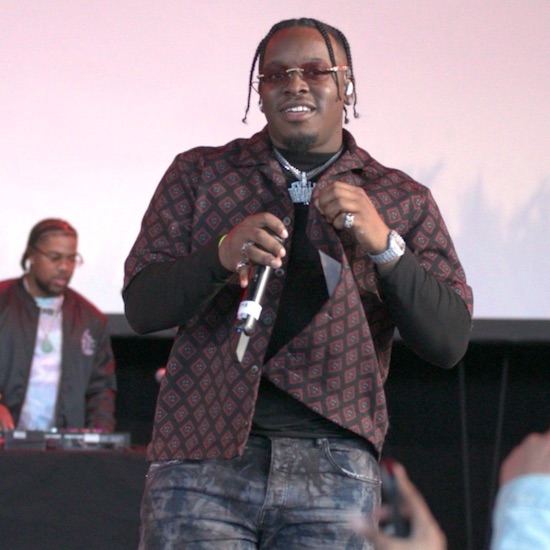 On a brisk, cloudy Saturday, Day One of the festival began with performances on the smaller Illumination Stage, which featured a lineup consisting of all women handpicked by H.E.R. for the occasion. Up-and-coming R&B singer Brianna Castro kicked things off and short sets followed by Lorea, Ajanee, Samaria and Maeta before the stage's headliner Tiana Major9 wrapped things up for the ladies.

The performances on the main Fluorescent Stage began promptly at 5:30 pm with L.A. newcomer Blxst, who performed almost every song in his still blooming catalogue but proved why some songs translate better through listening than performance in this new era of rap-sung hybrids. As one of several acts using only a DJ and performing over full tracks, the real hero of Blxst’s set was his lone background singer Cheyenne Wright, who belted out powerful choruses, bridges and ad-libs as he persisted to only recite partial sentences on each song leaving out words each time. The crowd’s familiarity with the choruses of most of his songs (i.e. “Overrated,” “Gang Slide”) helped maintain the energy. 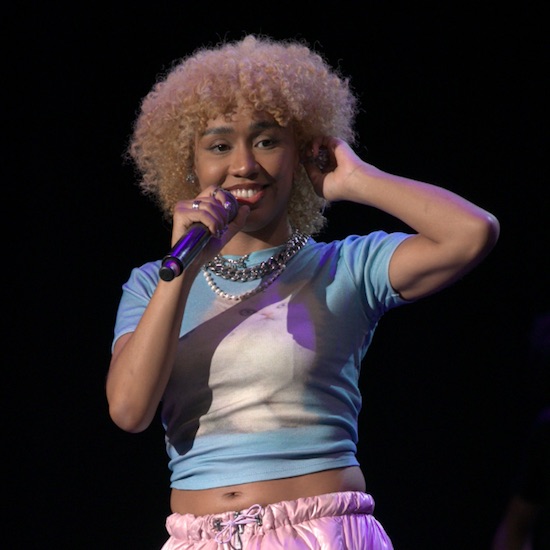 It didn’t help that Blxst’s lack of creativity and projection prowess was underscored and upstaged by the arrival of Fousheé, whose mere speaking voice resonated with more presence. While the crowd seemed less familiar with her work, she eventually won everyone over after skipping around the stage for her first three songs seeming not to care whether or not her call-and-response questions got answered. Sitting down close enough to touch attendees from the stage in a youthful position, commenting that her puff-quilt pants were “so fluffy” and reflecting “a year ago I was driving for Lyft” to share an inspirational moment seemed to bring the Jersey native down to Earth, enabling her to connect with the audience. She was soon able to command enough of the crowd to agree to repeat the odd choice of a refrain – “You ain’t never had a b*@! Like Fousheé” – no less than five times.

Fousheé effortlessly breezed through her songs like “Paper Planes” and “Deep End,” backed by a three-piece guitar band, picking up her own axe to join in on certain songs and showing off her vocal range, which poured through the sound system clear as day with no backing or backgrounds. She also didn’t hesitate to hit the coveted whistle note multiple times.