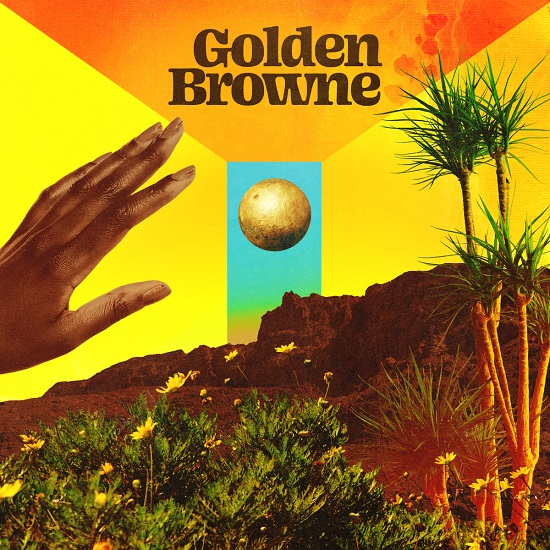 When we first got wind of DC outfit Golden Browne — a collaboration between Columbia Nights and singer Jenna Camille — we were enamored with their sound on their single "Get Down." Since then, we've gotten to know the group and even sampled some of their grooves. But that was just the beginning, as they take us even further into their world with their self-titled debut LP.

The set fittingly starts with "Awakening," a sort of musical amuse-bouche that gets our ears ready for what's coming with bright harmonies and the ghostly sound of vocals floating in and out. We're then taken immediately into "My Mama Said," a sensual single about finding unexpected and irresistible love at first glance, and "Get Down." Both songs sit perfectly in the pocket while evoking the neo-soul of yesteryear by mixing hip-hop beats with soulful instrumentation and dreamy vocals.

The blend of hip-hop, soul and jazz is actually present throughout, with tracks like gentrification protest "Erasure" and "Something" working with harder-edged beats propelling the rhythm (the latter also boasts the LP's only feature, bringing rhymer yU into the fold). They also attempt to distort the form and create new soundscapes with tracks like "In Your Face" and "Not Lonely," the latter of which takes a smoky jazz groove and flips it thanks to inventive vocal arrangements while also flipping the script as Jenna lets a man know that she's not with him trying to make a relationship out of a one-time encounter.

While each track here is definitely quality, one song that stands out most is "Everything I Like," a track composed of syrupy synths and drums. Its feel evokes the late-night soul of the '70s and '80s. It also takes a unique approach by pairing Jenna's vocal with a distorted, pitched-down version that adds a bit of spice to the proceedings. And then, they end it with a funky instrumental capper that is a faster tempo but somehow keeps the previously established sensuality.

Golden Browne has gifted us with a debut that appeals to the heart, mind, body and soul, further proving that some of the best projects are waiting when you venture just outside of the mainstream.