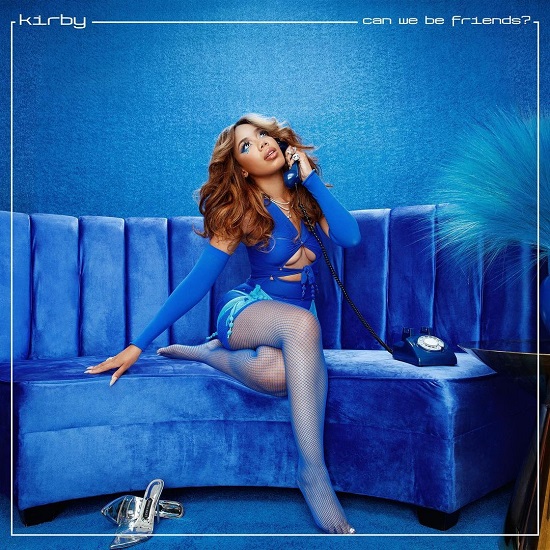 KIRBY has been giving us her brash and bold brand of soul at a pretty steady clip since she released her EP Sis last year. This year, she's been dropping a quite a few joints (including her most recent offerings "Coconut Oil" and "Break Her Heart For Me"). The previous releases featured her straightforward brand of songwriting that puts the unexpected but often thought sentiments front and center. Her latest single "Can We Be Friends?" takes an honest approach as well, though this time she uses a ballad to make a heartfelt request of an ex.

With organ chords, guitar licks and drums, KIRBY paints a picture of a relationship that's ended. However, though things didn't work out romantically, she still wants to hold on to the kinship they developed during their time together. And would it be worth throwing away all that history just because they aren't together anymore? She sums this all up rather succinctly on the chorus, singing, "Baby, can we be friends? / We ain’t gotta be enemies / Even though we ended things." The notion seems sincere, though if you scratch past the surface, you might see the hope for more (especially the ending ad-libs, where she faintly sings of a possible makeup). Still, anyone who's wanted to remain in touch after a breakup will most definitely relate.

With this proliferation of singles, you'd almost think KIRBY had another project in the works (feel free to insert the thinking emoji here). While we ponder what the skilled singer-songwriter has up her sleeve, check out "Can We Be Friends?" when you press play.