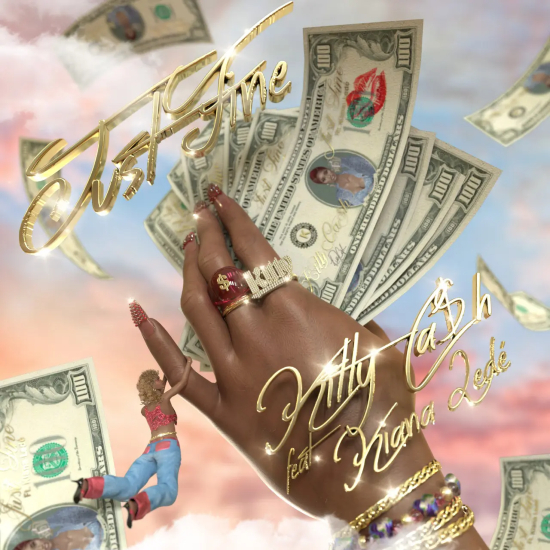 Multitalented DJ, producer and tastemaker Kitty Ca$h is bringing the heat with her single “Just Fine” featuring Kiana Ledé. Ca$h has made a name for herself DJing for big brands and celebrities like Rihanna, SZA, Doja Cat and more, but she’s also established herself as a producer with a string of mixtapes. Judging from "Just Fine," it's apparent that she's got the skills to pay the bills.

“Just Fine” is a mid-tempo, Latin-tinged song about finding comfort in love, or, as Kitty puts in a press release, “a love that stops time and the world around you and makes everything just fine.” Against synths, horns and Spanish guitar, Ledé brings this sentiment to life. "I just might give into you again / Let me know, let it show / If you want to move with me / Keep in time," she entices. Midway through the second verse, we get a welcome surprise when Kiana starts singing in Spanish, but this switch doesn’t disturb the groove at all.

Released concurrently with a lyric video, the clip takes us into Kitty's World, reminiscent of BET's early aughts staple Cita’s World with its hilarious animated host Cita. In the virtual reality visual, we see Kitty and Kiana hanging out in different pink-hued virtual landscapes. Think Burning Man meets The Sims.

We’re not sure whether “Just Fine” will land on another one of Kitty Ca$h’s mixtapes, a full-length album or a LVRN label compilation, but for now we’re happy to just vibe out and wait for what’s next.