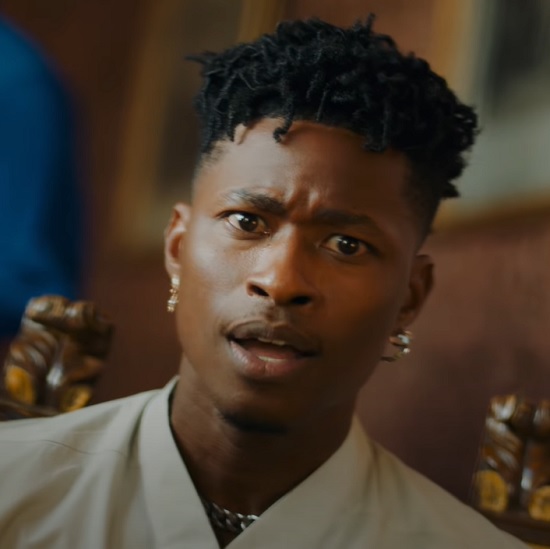 If you happened to attend last weekend's Lights On Festival, then we're sure you caught our main man Lucky Daye rocking his set. If not, then you missed him premiering two new singles while performing. Don't worry, though, as he 's bringing one of those songs directly to us with the release of "Over" and its Jordyn Woods-featuring music video.

The thing that will catch any R&B lover's ear at first listen is the song's sample of Musiq Soulchild's "Halfcrazy." The sample, which is extended and distorted here, forms the basis of the song and gives us a clue as to what Lucky's song is about. He sings about a toxic relationship that he seems to keep running back to. "Girl, I thought it was over / Got me thinkin' our feeling's over / You keep doing it over and over / You keep callin' me back," he sings on the chorus. "I'm just trying to get closure / But you're bringin' me closer and closer / For me you lie over and over / But you keep callin' me back."

He looks to Groundhog Day as inspiration for the song's video. At an elaborate residence, we see he and Jordyn go through the motions of their relationship in a dream-like state. But each time he seems to move on, things rewind back to the same moment for Lucky to relive it all over again. We also see that Jordyn is the cause of this unforgiving time loop as she winds the clock back over and over again. Eventually it seems Lucky's set free, only for him to step into another nightmare scenario just as the video comes to a close.

Lucky Daye is being tight-lipped about what's to come from his sophomore LP, but we have a feeling we're going to be in for some surprises. Until he's ready to unleash what's next, get into a stream of "Over" and its visuals below.