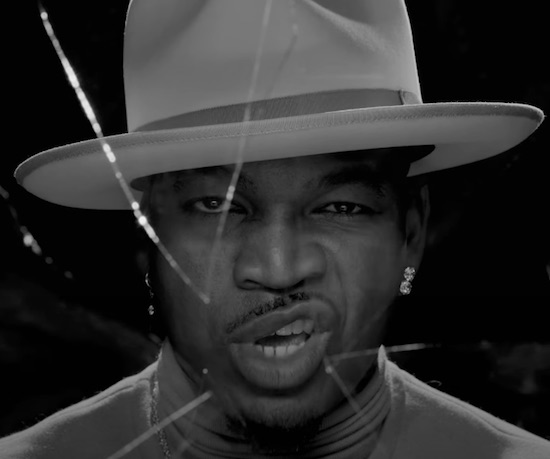 You may be hearing the words "what if" a lot more lately thanks to a certain Disney+ series. The show What If...? reimagines events in the Marvel Cinematic Universe and ponders what would have happened if they took a different direction. (i.e., What if Thor was an only child? What if T’Challa, The Black Panther, was Star-Lord? etc.) Singer/songwriter/dancer Ne-Yo has some questions of his own on his new single, asking “What If” things had gone differently in a relationship.

Ne-Yo ponders if he and a former flame would still be in love if he had done this, that or the third. He recalls past conversations and situations over an upbeat pop dance track with Afrobeats undertones and regrets his bad decisions. Does it even matter for him to go down this road of self-reflection? Probably not as his one-time love has moved on and is happily in love with someone else. Welp! “What If” sounds like much of Ne-Yo’s past material, with the playboy mourning over his past mistakes in love. But while it’s nothing new for the artist, it’s still a solid, heartfelt song.

In the music video for the track, the former World Of Dance judge shows his anguish by dancing in the rain. Co-created with Shutterstock, Ne-Yo and a group of women dance against a screen projecting stock footage of a storm, as water falls to the ground. Filmed in black and white to give a feeling of nostalgia, the clip also uses the broken glass technique from the What If…? TV series to show not only the possibilities of corrected mistakes but also his pain.

“What If” follows Ne-Yo’s 2020 collaboration with Jeremih on “U 2 Luv.” We hope that this release signals more music sooner rather than later from the singer who’s not only light on his feet but swift with his pen.


TAGS:  audio, ne-yo, shutterstock
Previous: Brianna Castro Can’t Wait To ‘Do It Again’ Next: SZA Doesn’t Want To Be One Of ‘The Anonymous Ones’