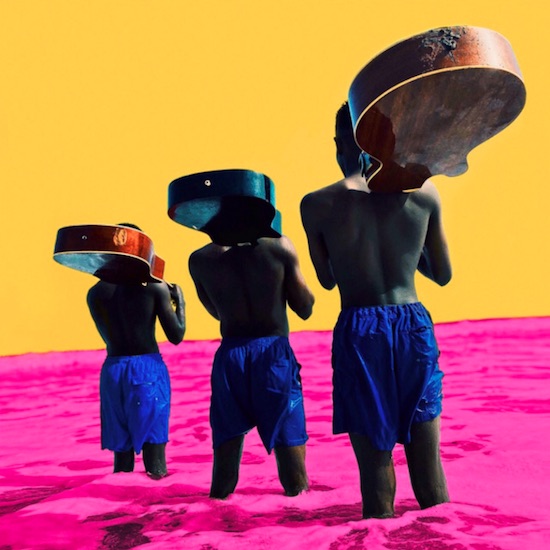 Common has released A Beautiful Revolution, Pt. 2, the sequel to his 2020 album A Beautiful Revolution, Pt. 1, and once again, his new secret weapon is North Carolina native Paris Jones, simply known to all as PJ. The singer-songwriter seems to have reinvigorated the music Common has been making for the past year, adding a youthful but undeniably soulful edge to it, marking the decidedly R&B and funk-inspired direction he has decided to take on these two projects.

A Beautiful Revolution, Pt. 2 does not deviate or disappoint sonically, allowing PJ to either eke out or glide with vocals that accent the bounce of the album’s production with her distinct flavor of melodies that pop out to create memorable refrains.

Common seems to inspire PJ as an artist as well, where it seems she refrains from the more provocative material that you’ll find in her solo releases when collaborating with him, focusing more upon ascending to new heights or challenging love to show itself. On the song “Majesty,” she flirtatiously sings on the pre-chorus, “Baby, please / Come spread a little lovin’ in the middle / Baby, woe is me / Swimming in an ocean, I might have to let it carry me / It ain’t nothing wrong with a little bit of chemistry.” A few songs later on the single “Imagine,” PJ channels the spirit of Nicole Wray while reminding you of both government name and the City of Lights with lyrics like, “I been dreaming of a paradise / Somewhere a little Paris-like / Is where I wanna be.”

A Beautiful Revolution, Pt. 1 and Pt. 2 could honestly be considered unofficial duets albums – much like any true hip-hop fan would say the same about Raekwon’s debut album Only Built 4 Cuban Linx, which heavily featured a then-emerging Ghostface Killah. If not for PJ’s much-needed energy and vibe-inducing tone, these two projects would end up being retreads of the three prior albums Common released on his own.

Not only should A Beautiful Revolution, Pt. 2 put more of a spotlight on PJ, but perhaps other veteran rappers should follow suit and tap younger talent for collaborative releases. When it works well, as it has for Common, it's a win for everyone involved.


TAGS:  audio, common, Paris Jones, PJ
Previous: Syd Is On The ‘Right Track’ With The Girl Of Her Dreams Next: Children Of Zeus Seek ‘Balance’ In Love On ‘I Need You’