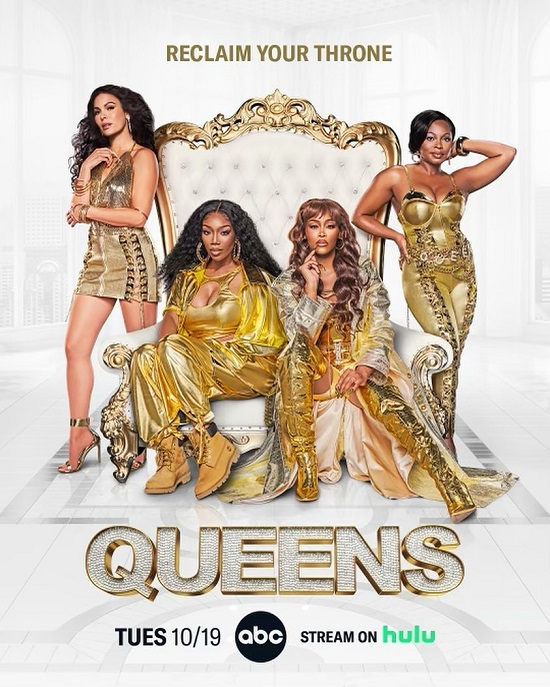 Hip-hop is headed to primetime on ABC this fall with the arrival of new scripted series Queens. Boasting a who's who cast that includes Brandy, Eve, Naturi Naughton and Nadine Velasquez as members of a '90s chart-topping hip-hop group that have since washed out since their glory years.

The show's new trailer gives us an idea of what to expect as it introduces us to the ladies' characters post-fame — washed-up musician Naomi (aka Xplicit Lyrics), Brianna (aka Professor Sex), Jill (aka Da Thrill) and Valeria (aka Butter Pecan), respectively. Each lady is in a different place 20 years after the peak of their heyday and have their own reasons and misgivings about eventually reuniting. But when the opportunity arises for the ladies to open the BET Awards, the women put the past aside in order to put on a career-restarting showstopper of a performance.

The show's official trailer gives us an idea of what we can expect from the show while also introducing us to some of the character motivations and supporting cast, including TV vet RonReaco Lee, Taylor Sele and a few others (and based on the cast's many Instagram posts, Cam'ron and Pepi Sonuga also factor into the series in some way as well).

Get to know the leads of the show in the series trailer for Queens and be sure to tune in for the series premiere on ABC on October 19th at 10 p.m. EDT /9 p.m. CDT.