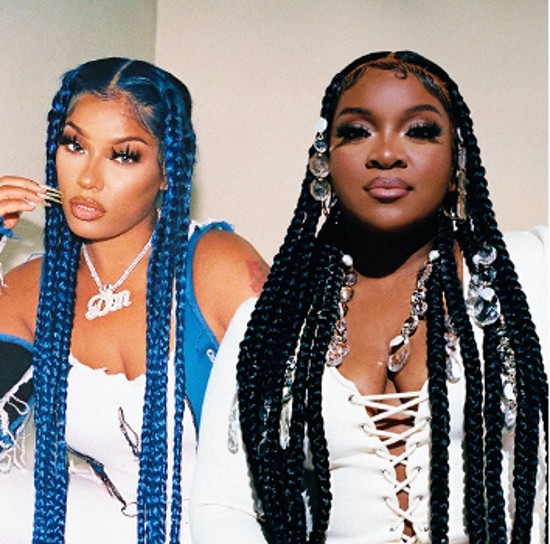 As she prepares for the release of her debut album, singer-songwriter Ray BLK continues to fuel the excitement of her fans with another single from the project. On “Over You,” the Nigerian-born, UK-bred beauty teams up with fellow UK queen Stefflon Don to bid adieu to an ex-lover. The ladies are in full-on flex mode as they refuse to spend another minute mourning the loss of someone never worth their time in the first place. Ray explains, “"Over You" is about enjoying the feeling of healing from a breakup. That sudden realization that you no longer care about something that was making you constantly sad. You wake up one day and you don’t think about that person anymore or care to entertain them.”

This latest release is the follow-up to previously released singles “Lovesick,” “Dark-skinned” and “Games," which featured British rapper and songwriter Giggs. Her much-anticipated debut album will also include appearances by Kojey Radical, Suburban Plaza and Kaash Paige. The project follows her previous EPs DURT and Empress and is described as reflection of her “artistry, heart and soul.” She adds, “For those who joined during Empress, they're gonna be like, whoa. For those who've been there since DURT they're gonna be like, 'Yes, she's back!'.”

Listen to Ray BLK’s “Over You” featuring Stefflon Don below, peep the lyric video so that you can sing along and pre-order/pre-save Access Denied, which is set to drop on October 1st. For even more of Ray, check her out as she teams up with Tommy Jeans and Vevo for their “Less Buzz More Music” campaign. She is currently spotlighted through live video performances created for Vevo’s original content series, ROUNDS, a series of live performances by emerging and established musicians using a 360-degree portraiture effect. View her live solo take of "Over You" right here and performances of "Lovesick" and "Mine" on YouTube.