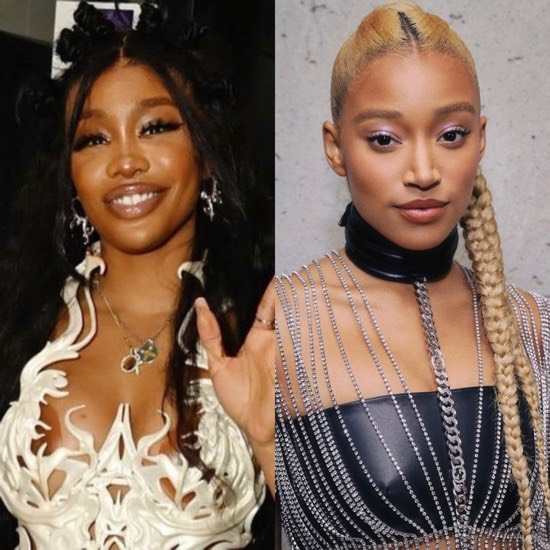 Broadway musical Dear Evan Hansen is coming to a theater near you with a film adaptation. Dear Evan Hansen tells the story of a high school senior that takes a journey of self-discovery and acceptance after a classmate commits suicide. The film will feature new songs not included in the musical, like “The Anonymous Ones,” which is sung in the film by actress Amandla Stenberg and covered on the soundtrack by SZA.

“The Anonymous Ones” is an inspirational ballad about finding empathy and magic in ourselves and others. Amandla continues to show she isn't too shabby of a singer on her version, sung in a style you'd expect from musicals when characters break out into song between dialogue. Both her vocals and the sound bed are soft and gentle as the song starts off with simply an acoustic guitar and builds from there peaking into an amazing crescendo of electric guitar, drums, strings and piano.

For her version, SZA puts her own spin on the track, taking it out of Broadway and into the trap with a pop twist. While the melody is similar, the production is moodier, more atmospheric and radio-friendly. This new sound bed and SZA's lead and background vocals make the track feel lush. She also changes up the chorus, adding the hopeful yet somber line, “I don’t want to be anonymous anymore,” on the chorus.