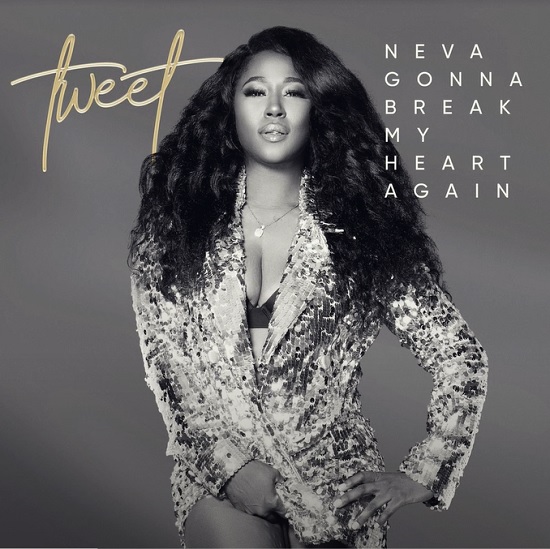 Tweet brought us new music last year with singles "I Admit It" and "Neva Felt This Way" with the promise of more newness to come. After a bit of a break, the soulful hummingbird is back to deliver on her word. She does that with the release of her latest single, "Neva Gonna Break My Heart Again."

Tweet is known for both her feather-soft vocals and her honest songwriting, both of which are on full display on "Neva Gonna Break My Heart Again." She turns to producers Craig Brockman, Charlie Bereal and Jairus Mozee for this one, and they give her a gentle, contemplative sound bed with sounds of the seaside ushering us into strings, guitar and percussion that sits just under the surface as it keeps time. Tweet, meanwhile, gets real with herself and her ex as she refuses to make this one just another sad love song. Instead, she learns from the pain and finds strength in moving on. "Started to miss ya / But then I remembered / How it felt for the woman inside / I have to defend her," she sings with conviction on the second verse. "Her smile you destroyed / But yet I convinced her / That what's empty and broken in time / She'll be delivered from."

While we love a good cry (and don't get it twisted, she acknowledges the tears that were shed), it's always great to have a song that nods to the strength and solace that can be found in saying goodbye. Tweet has definitely delivered that here.