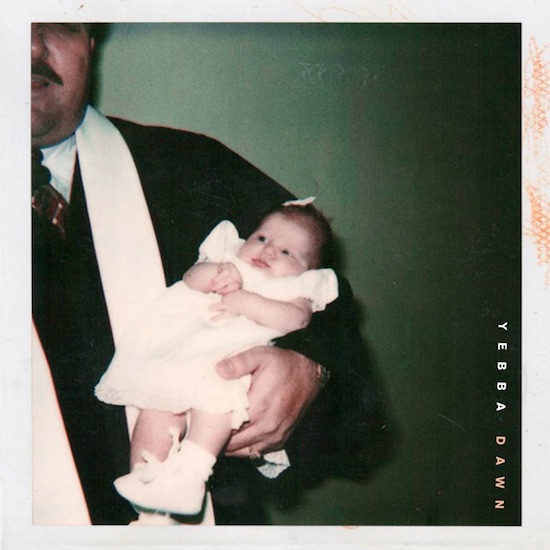 While we tend to assign and attribute the term and idea of “soul” to a certain mold, Arkansas ingenue Yebba has broken that very construct, simply by opening her mouth and letting what comes out naturally do the work for her. Every few generations, there come undeniable voices that mark a shift in not only perception but direction. It’s not too early to list Yebba among those ranks. Her guest work, single releases and live performances so far have rung bells across the industry, and now her debut album, Dawn, named after her late mother, promises to solidify her as a force to be reckoned with in the mainstream.

Backed by pop music genius Mark Ronson with contributions from Riccardo Damian, DJ Dahi and, the now one-song-requisite for any soul album, Kaytranada, the production on this album ranges from dramatic and looming to minimalist hip-hop inspiration. With session help from legends like Questlove and James Poyser, features from Smino and A$AP Rocky and boasting a majority of the writing and production credits herself, this entrance is no less than grand.

Borrowing a lesson learned from today’s rap albums, unlike many singers of her musical ilk, Yebba’s songs here don’t linger or extend for exaggerated bridges, vamps, instrumental solos or time for extra ad-libs. Instead, her strong-ranging vocal gymnastics fill each hook and verse with just enough saturation to satisfy and each track ends concisely.

Starting and ending with the haunting and contemplative “How Many Years?” and “Paranoia Purple,” all the songs in-between those two on the 12-track album seem to provide more answers than questions, with the exception of the single “Distance,” where she asks about the could-be’s of a familiar love. The intro has an electro-piano Stevie Wonder feel, reminiscent of his Talking Book selections, where Yebba matches her syncopation perfectly to the pace of the notes, while the last song is slow guitar reflection, allowing her vocals to float while she laments.

The guitar makes an appearance on several songs, along with string arrangements, reminding us that this is midwestern soul after all. It’s unexpected elements, like the Australian influence apparent on the single “Boomerang” (which caught attention with her hybrid yodeling and the opening lyrics, “If I shoot him in the stomach / Then he’s hurting on my dime / And if I shoot him in the head / Then he’s dead and he's / Livin' on my mind”) that make the album vivid and refreshing. Yebba’s melodies have everything to do with her manipulation of her voice, from shrill to strong, crisp belting and then beautiful dips and valleys. Yebba’s lyrics, while interlaced with plenty of references to smoking and heartbreak, shine in their poetic resonance as much as they do in her more easily digestible moments, almost as if she decided which songs would be deeper (“October Sky,” “Louie Bag”) and which songs would be more pedestrian (“All I Ever Wanted,” “Love Came Down”).

While no song here ever really touches basic territory, It’s the vulnerability displayed all over this album that will no doubt make it talked about for the rest of the year, underscored by the very ending with a recorded message from her mother.

With her stunning debut album, it’s clear that Yebba has indeed ushered in a new Dawn within the music world.