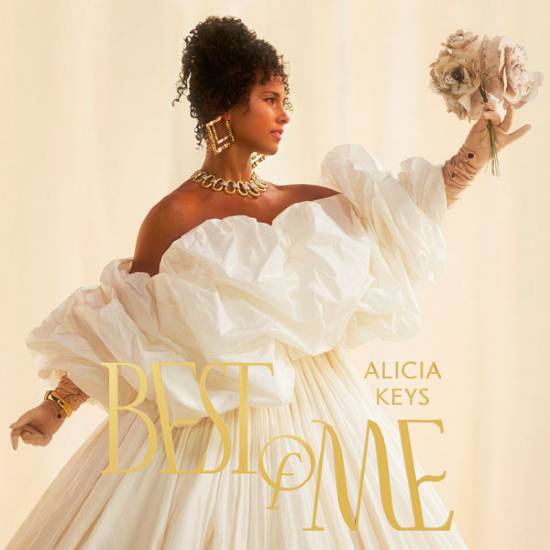 Alicia Keys is looking to get back into heavy rotation on our playlists – and she's succeeding! After releasing the single “LALA (Unlocked)” with hitmakers Mike WILL Made-It and Swae Lee, she’s back with another grown and sexy track “Best Of Me” – two versions at that.

Written by Keys and Raphael Saadiq, the first version, entitled “Best Of Me (Originals),” is a silky throwback quiet storm ballad that samples Sade’s “Cherish The Day” with some boom bap drums for added effect. It’s a nice backdrop for Keys to wax poetic about her lover, soothingly reassuring him, "You get the best of me." The second version, "Best Of Me (Unlocked)," has the same throwback Sade groove, but there’s the addition of more bass guitar and a beeping sound effect, similar to the intro of 702’s “Get Down Like Dat.” The additions don't disturb the groove and help to distinguish the two versions.

Keys also released a pair of visualizers for both tracks and a full music video for “Best Of Me (Originals).” In the visual, we see Alicia standing on a pedestal in a room draped in ivory fabric. The camera pans out to reveal that she's wearing a couture wedding gown and holding a bouquet of paper flowers made from sheet music before the scene transitions into behind-the-scenes, intimate moments between Alicia and her husband Swizz Beatz. There are also some shots of family time with the couple and their boys at home. It's all very serene and romantic, without trying too hard. Alicia makes sure to remind us that she's a musician first, hopping on a Rhodes keyboard to tickle the ivories on the fabric-draped set. Swizz soon joins in to pose in some wedding-style photos with his wife and chill with her on a couch as moments from their marriage play on a projector in the background. The two visualizers take those last two scenes and extend them in a loop.

"Best Of Me (Originals)" and "Best Of Me (Unlocked)" with find a home on Alicia Keys' forthcoming album, KEYS, which, you guessed it, will have two versions. The Originals version will be classic Alicia, while the Unlocked version will feature remixes with Mike WILL Made-It creating a different “sonic experience” she shared via Instagram. KEYS is due December 10th, just in time for Christmas stocking stuffers for the soul music lover in your life.