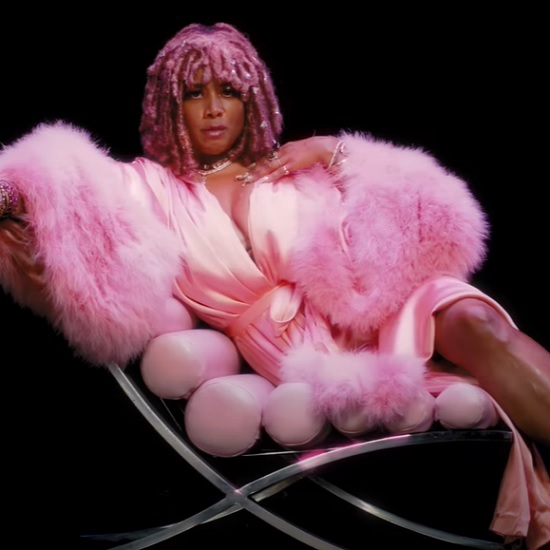 As a tastemaker that's always ahead of the game, Kelis is always ready to give us a tasty musical treat. It's been seven years since she cooked up 2014's FOOD in the studio and in that time, the "Milkshake" singer has been content with making a name for herself as a chef and enjoying life as a wife and mother. She's back doing music like she never left now, though, and she's coming with her brand new single "Midnight Snacks."

Produced by The FaNaTix, the track combines synth bass, snaps, hi-hats and a sample of a baby cooing to create a midnight mood. Meanwhile, Kelis employs her signature rasp to great effect as she lets her lover know she's in the mood for some late-night lovin'. "Baby / You're laying next to me, and maybe / If you talk nice to me, so sleepy," she sings on the opening verse. "Baby, in the middle of the night / I'm laying on my side / Then you can come behind me, and hold me tight / Surprise me, not gonna fight."

"It’s funny to me, but I like the fact that you can take sex and food, and you can put these two things together, and they’re totally interchangeable. I love that," the singer said of her long-running food theme in her music via a press release. "It isn’t intentional, but the idea is just that food is a very carnal thing. Everyone can relate to it. It’s very human, it’s sensual, it’s something that you crave. And it’s sexy."

She carries that theme into the song's video, which features a pink coiffed Kelis dressed up in a fluffy pink robe while visions of delectable treats dance in front of our eyes. She vamps for the camera against a black backdrop and seems to be having the time of her life in the clip, signaling that she's been missing making music as much as we've missed watching her do it.

We're hungry to hear more of what Kelis' new era will bring. While we salivate for what's next, get into her latest below.


TAGS:  audio, kelis, The Fanatix
Previous: Alessia Cara Delivers More Than Enough Music To Hold Us Over ‘In The Meantime’ Next: Tank And The Bangas Do It ‘Big’ With An Assist From Big Freedia