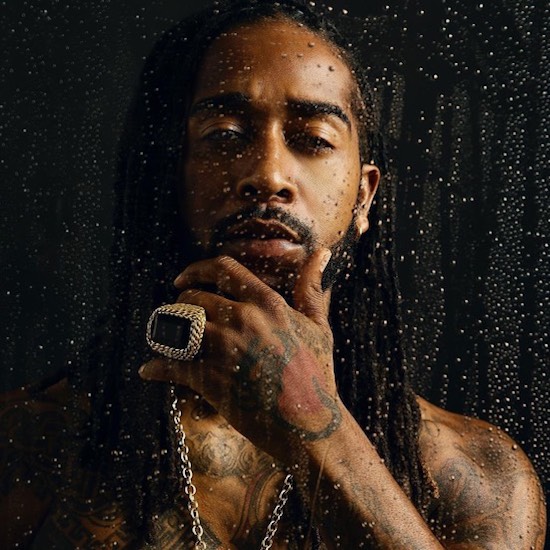 Almost as if Omarion’s deep dive into spirituality in recent years has allowed him to tap into serendipitous karmic energy, the king of unbothered memes was all over the headlines for the last three days. One of those reasons being his cleverly-timed new single “EX” featuring Soulja Boy and Bow Wow.

Released on the same day that The Millennium Tour 2021 kicked off in L.A., the talk of the concert was an appearance by O's former B2K bandmate Lil Fizz, who made a public apology to Omarion on stage for his scandalous relationship with his ex-girlfriend and the mother of his children, Apryl Jones. This is a plot twist the producers of Love & Hip Hop: Hollywood probably never saw coming.

Far removed from the reality show drama, what better get-back than a successful tour and a potential hit song? Especially since “EX” checks all the boxes for standard, radio-friendly Omarion fare. There's a bouncy, playful beat with a simple arrangement (courtesy of Big Draco himself) that allows O to play with melody and flow patterns, add some well-placed harmonies and leave no room for dramatic notes. Now add on the other two headliners on the tour, fresh off their highly talked-about Verzuz battle, into the mix and you have a recipe for an instant spike in streaming rotation.

Omarion, Bow Wow and Soulja spend their time running down all the reasons why the unhappy woman of interest should leave her current lover – or at least slip away every now and then to get her needs met on "EX." O leads the charge with two verses describing why he’s the ideal friend-with-benefits with clever lyrics that are more impressive than those of most rappers. “I am not from here / This s**t hit different / My U.F.O. was parking while you sitting,” he sings on the second verse. O does outshine one of the actual rappers on the track, Soulja Boy (who’s really only there to say he was). Bow Wow manages to impress with surprisingly slick, memorable bars packed inside a triplet-flow. Including these three artists on this track is no doubt a strategic move to cause audience reaction when they perform this on stage during the tour. Well played.

While the new-and-improved, enlightened Omarion isn't exactly reflected in the lyrical content, it’s clear that the release of “EX” coincides with all the other buzz surrounding him as of late, including him becoming the subject of a viral dance meme, to which he responded with good humor. Perhaps yoga and meditation are really working? Or maybe his team is really working and striking at the exact moments where the stars align just right? Either way, “EX” is hitting at the right time, and O may just have another hit.

Give "EX" a spin to see if you agree, and make plans to catch one of the remaining dates on The Millenium Tour 2021 after you peep the schedule below. 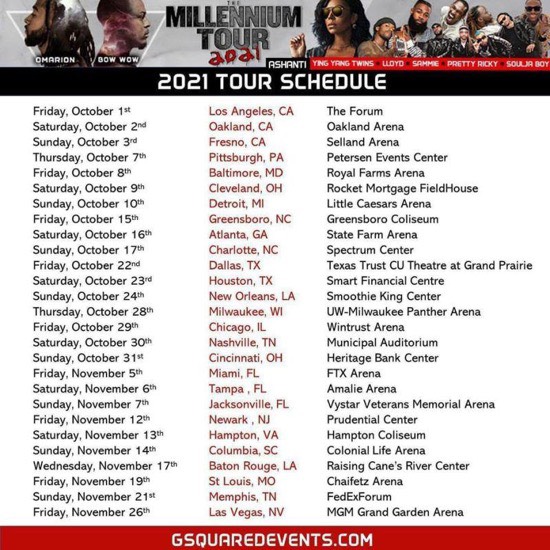