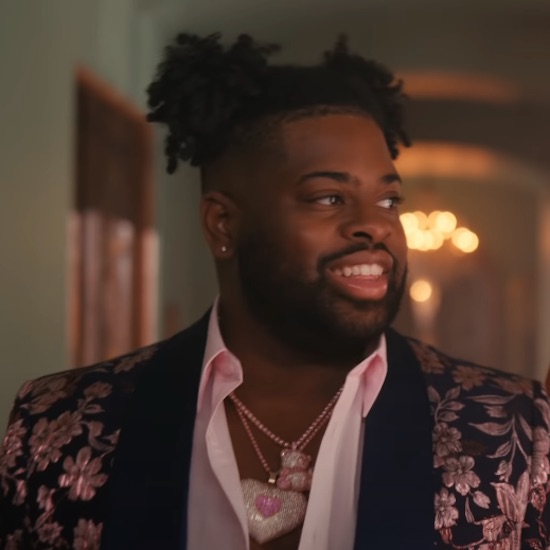 Pink Sweat$ has had an amazing year. Riding high off the release of his debut album PINK PLANET, he has received critical acclaim for his soft, melodic sound. Now the “Honesty” singer is back with a new track, “I Feel Good,” and while details are still a little hazy, it looks like the song is a collaboration with electronics manufacturer LG whose tagline is "Life's Good." Along with the song, Sweat$ has released a pair of short videos that showcase LG’s colorful OLED TVs.

The lyrics to "I Feel Good" sound like they might have been co-written by the marketing department. Although lyrics like, “All the immersive colors / Picture perfect / Vibrant gainless paradise,” could be interpreted in a few different ways, at one point it almost sounds like he sings, “OLED.” There’s even the hopeful chorus, which seems almost out of place in a Pink Sweat$ song. But, the singer-songwriter is getting his flowers and his promotion deals, so things might be on the upswing.

While "I Feel Good" could be either a real song or a new-fangled commercial jingle, the videos are unmistakably ads for LG's OLED televisions. The "Movie Version" commercial showcases the cinematic qualities of the screen, as he and his leading lady go from a palatial mansion to the Northern Lights without leaving their couch. Meanwhile, the "Game Version" commercial shows off the gaming qualities of the screen, with Pink and his friends have a game night that gets a little too real.

See if you feel just as good as Pink Sweat$'s cashing that LG check when you listen to "I Feel Good" and watch his commercials below.