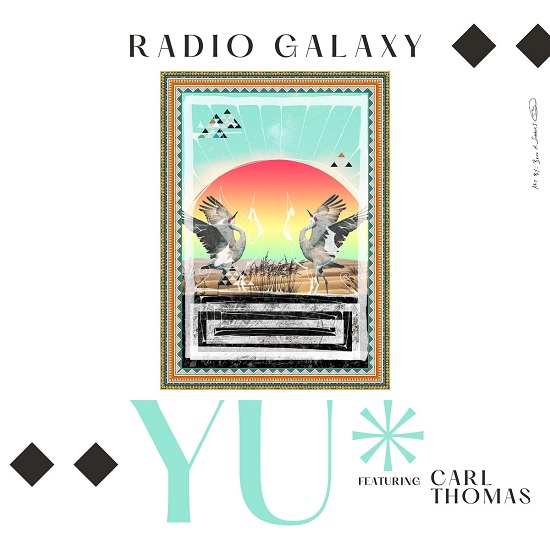 Though we haven't heard from them in a while, Radio Galaxy is still in the business of crafting next-level soul music. The Houston-based collective reminds us of their unique take on the genre by linking with crooner Carl Thomas on their latest joint "YU."

"YU" might be one of the smoothest cuts we've heard all year. It opens with a slick bass line that glides alongside pillow-soft layered backing vocals that also serve as the song's melodic base. The solid foundation allows enough space for Carl and Radio Galaxy vocalist Spacebunny Jefferson to ponder the mystery of love. More specifically, they want to know why a specific love entered their lives and why them leaving hurts so bad. "You're the question I never asked / I never wanted to," Carl sings. "A melody I can never shake / Way too akin to the blues." Meanwhile, Spacebunny reminisces on how they used to get down while acknowledging the aftermath. "I can see it now / I'm the loser, you're the victor / Draggin' my name all over town," she laments with passion. While the emotion is felt, it's the heavenly harmonies and the chemistry between Carl and Spacebunny's voices that make this one such a spectacular listen.

"YU" is a beautiful slice of soul that, despite the sad subject matter, will most definitely make your day. Get into the track when you press play and then cop it on Bandcamp for the low price of two bucks.