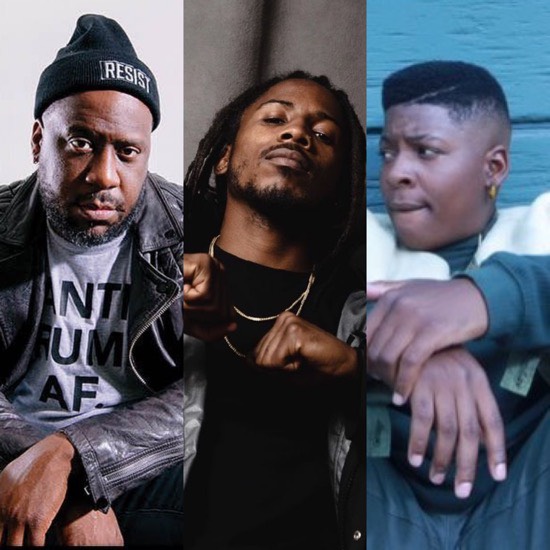 Black Radio 3 is coming! Excuse our excitement, but the follow-up to Robert Glasper's groundbreaking and award-winning Black Radio and Black Radio 2 albums needs to be met with some fanfare. After dropping those two albums back-to-back in 2012 and 2013, we didn't expect this long of a wait for the next installment of the beloved series from the Robert Glasper Experiment. However, Black Radio 3 is on the horizon and Glasper introduces the forthcoming collection with the inspirational track "Shine" featuring D Smoke and Tiffany Gouché.

"Shine" was created during Robert's recent residency at The Kennedy Center. “I was so happy to collaborate with D Smoke on this song,” Glasper said in a statement. “He’s definitely one of the leading voices in today’s new generation of hip hop… also shout out to Tiffany Gouché, his cousin who’s on the song as well. We want to see everybody shine.”

Robert Glasper and company give us hope for a brighter future on "Shine." Tiffany Gouché opens the track with the chorus, letting us know that our inner conversations with ourselves help us to shine bright like a diamond. D Smoke takes care of the verses, first giving us some insight and challenging us to see bad things that happen to us as blessings, while pushing us to speak, or rather envision, our dreams into reality. The bilingual rapper even breaks out into a little Spanish on the last verse. The message is delivered over one of Glasper’s intoxicating productions, giving us seasoned instrumentals with a hip-hop twist.

Along with the song, Glasper released a music video filmed during his KenCen stint last month. Directed by T.L. Benton, the black-and-white performance clip shows Robert, his band – comprised of Burniss Travis, Chris Dave, Isaiah Sharkey and DJ Jahi Sundance – and D Smoke in their element.

There's no further information that Robert Glasper has shared about Black Radio 3, but just knowing that it's on the way is enough for us.