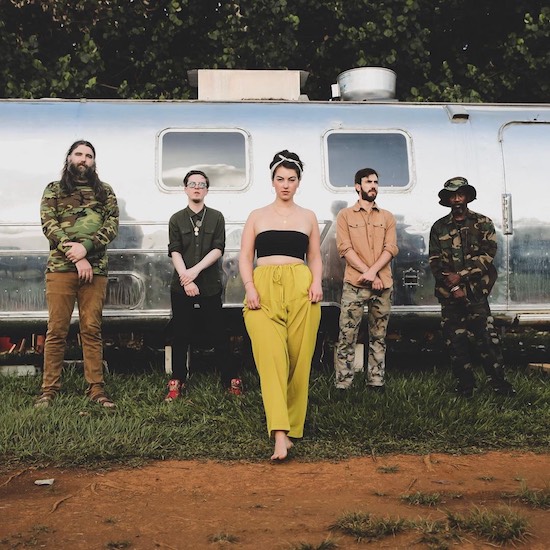 Brooklyn-based band SunDub, led by soulful siblings Joanna Teters and Ben Teters, is digging in the '90s R&B crates on their new single, a cover of En Vogue's biggest hit, "Don't Let Go (Love)." The quintet that blends reggae, soul and funk in their offerings has taken on the ambitious task of remaking the 25-year-old song taken from the 1996 soundtrack to the film Set It Off, and the group sets it off indeed.

SunDub stays true to the essence of "Don't Let Go (Love)" while taking the song on a tropical vacation to the islands. With Ben on drums, Finnegan Singer on guitar, Josh T. Carter on bass and Eric "The General" Toussaint on keys, the band puts a warm reggae spin on the R&B classic. After the familiar electric guitar intro perks you up, the style switches to a reggae bop considerably more upbeat and sunny than the original. This version will make you want to wine up your waist in a sweaty dancehall as opposed to having you in your feelings. Joanna does Dawn Robinson and the rest of En Vogue proud with her deft handling of the lyrics that we can all probably still sing word for word. She brings her own flavor to the song with her slightly raspy tone and ad-libs on the outro.

Released just a few days prior to the release date of the original "Don't Let Go (Love)," this cover is a fitting 25th anniversary present. Join in the celebration of both tracks, and enjoy our SoulBounce exclusive world premiere of SunDub's "Don't Let Go (Love)" right here.