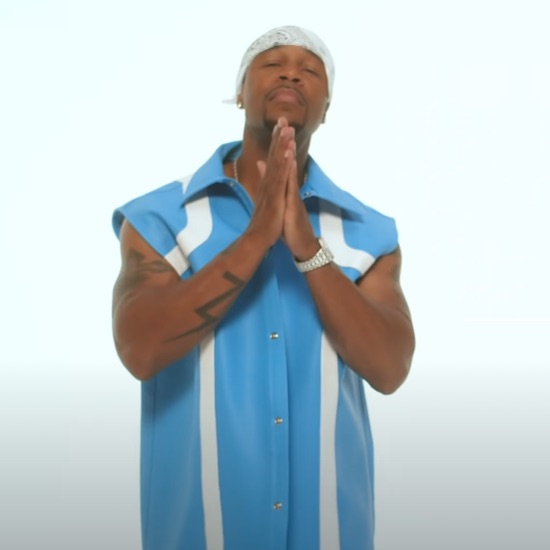 After two decades in the R&B game, Tank is officially calling it quits. He has been threatening for the past few years that he's going to retire, and he's finally putting things in motion for his exit plan. But before Tank rides off in the sunset, he's taking us back to move forward on his newest single, cleverly titled "I Deserve."

On “I Deserve,” Tank has a full-circle moment, sampling his 2001 debut hit “Maybe I Deserve.” He flips the original's concept and admits that he was always in the wrong throughout the song. He eats crow with a side of humble pie on the chorus, singing, "I deserve to feel the way I made you feel / It was never you, it was always me / I was doing the most, my apologies." With its lyrical content and familiar yet updated sound bed, "I Deserve" could very well have been released as a remix back in 2001, but it is welcome as a brand new track in 2021.

Known for his sense of humor, Tank has it on full blast in the music video for “I Deserve.” Here again, he takes us back to "Maybe I Deserve," hilariously recreating scenes from that video under the direction of comedians Adam Waheed and Juhahn Jones. The nutty directors challenge him to go back to his old look from the “Maybe I Deserve” visual (which Tank does with ease and a lot more muscles popping) and to incorporate a few tried-and-true R&B video cliches, like singing in the rain and traipsing through a desert dressed in black leather. The clip takes things over the top for comedic effect, and you'll probably have to watch this video a few times to catch all the jokes and Easter eggs. Well played, Tank. Once he kicks music to the curb, he might just have a future in comedy.

“I Deserve” is the second single from Tank's tenth – and allegedly final – album entitled R&B Money. The track follows the first single “Can’t Let It Show,” where he also dug in the crates to create something new. We don't know if that will be a recurring theme on R&B Money, but we'll find out when the album is released on February 4, 2022.