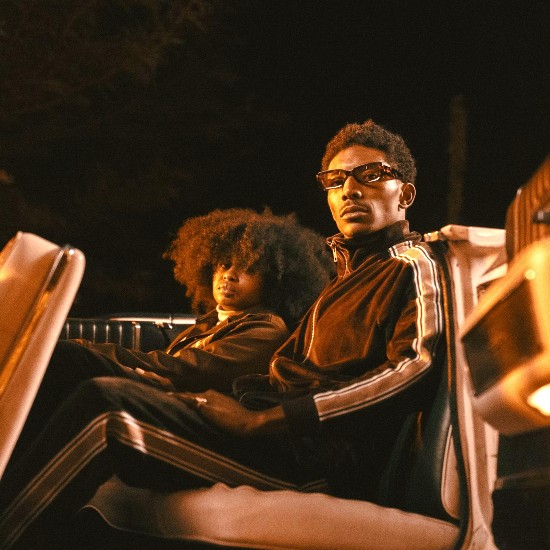 Fresh off the release of his psychedelic two-piece Birds & Bees, singer/songwriter/multi-instrumentalist bLAck pARty drops the video for one of the tracks from the bundle. “Soakin” features Decatur, Georgia’s own Gwen Bunn and details the throes of lusty, late-night behavior. With production from BlackSamurai and EZM, bLAck pARty says, “The groove reminded me of the funk & soul music from classic black exploitation films I love like Superfly and Shaft. I had a hook in mind just after the second listen.”

Gwen’s vocals added the “perfect soft touch” and the Saoli Nash-directed visual continues along the '70s-inspired vibe. With drink in hand, we watch as bLAck pARty cuts quite a rug amidst hazy, citrus-tinged hues, while Gwen plays it cool in a vintage convertible.

The Birds & Bees bundle, which dropped last month on Childish Gambino’s label Wolf + Rothstein and RCA Records, also includes the catchy mid-tempo bop “Lay (Season 5 Version),” which was featured in episode 2 of the final season of HBO’s Insecure. bLAck pARty says the bundle is “a nod to our basic urges, and perfectly sums up the full spectrum of romance that you’ll find in this pair of songs.” For those of us eager for the follow-up to his 2016 debut album Endless Summer, he shares, “There’s a hint to my next album in there if you know where to look.”

Give bLAck pARty’s Birds & Bees a spin and peep the “Soakin’” video featuring Gwen Bunn below, and cross your fingers that the wait for his new album isn't too much longer.‎