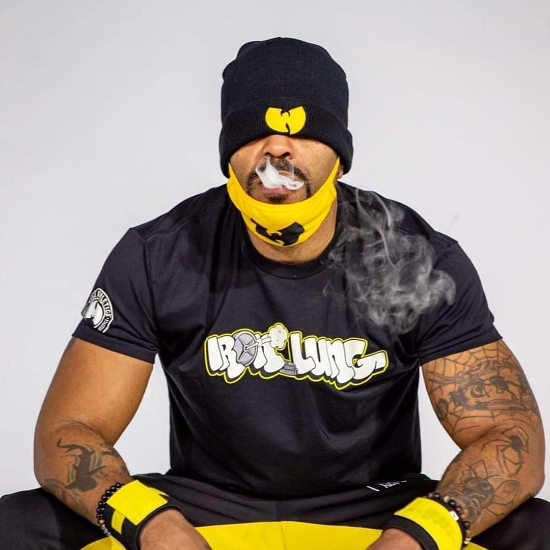 Rapper, actor, nerdy podcaster and DILF, Method Man is adding a new title to his business card, cryptocurrency and NFT entrepreneur. Meth has collaborated with TuneGO and Dapper Labs to release the first-ever Genesis NFT, introducing the first five characters from his Tical Universe comic book. In addition to bringing us this new venture, the Ticallion Stallion is also breaking us off with some new music, showing us he's still got it – because he's never lost it – on the track “NEW OLD SCHOOL.”

On "NEW OLD SCHOOL," Meth brings the pain for almost two minutes of straight fire, spitting killer bars and riding the upbeat track like the elder statesman of hip-hop that he is. Produced by The Lordz of Brooklyn, Method Man makes it clear that age ain't nothing but a number. "There ain't nothing like some old school music / Y'all don't do it like these old dudes do it," he raps, shouting out his fellow Gen X rappers. At 50 years young, Meth shows that he’s still young at heart, coming at us with rapid-fire delivery and witty quips like, “I don’t play with these chickens / Peter Griffin / But you can call it bird eye vision / These birds don't deserve my attention,” as the song fades out.

If you're a hip-hop head of a certain age and can't get with these newfangled rappers, "NEW OLD SCHOOL" will be right up your alley. The song is currently available on streaming services and Method Man fans and crypto investors can get in on his NFT release by visiting the Tical Universe NFT website.


TAGS:  audio, dapper labs, method man, The Lordz of Brooklyn, tunego
Previous: Kenny Lattimore Is ‘All In’ For Love Next: Big Boi & Sleepy Brown Get Wild In ‘Animalz’