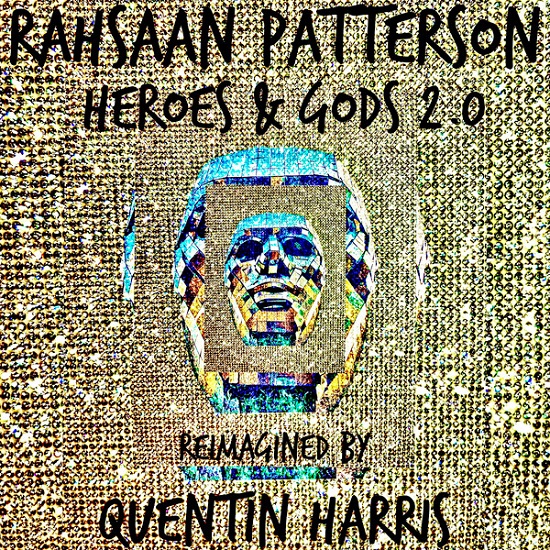 One of the most admirable things about Rahsaan Patterson as an artist is his willingness to explore and stretch his wings into new territory. While many in modern R&B are more than happy to simply give fans exactly what they expect with very few (if any) surprises, Rahsaan continuously challenges listeners to reach beyond their preconceived notions of what he can do so that he can lead them to places that they might not have even anticipated. Throughout his releases, he's weaved a thread of house music that teased where he might go in the future. That future is now as he's teamed with renowned house producer Quentin Harris to remix his 2019 set Heroes & Gods, resurrecting it as Heroes & Gods 2.0 (Reimagined).

We got our first taste of the pairing of Patterson and Harris when we were treated to remixes of "I Try" and "Heroes & Gods." While both were exquisite, they were mere appetizers to what was to come. 2.0 takes their collaboration to even higher heights as Harris pairs each track with its own tailor-made house experience. The reimaginings are, of course, meant to be danced to and that's insured by tracks such as "Sent From Heaven," "Catch Me When I Fall" and the Luther Vandross cover "Don't You Know That" getting infused with smoking-hot synth lines and fiery rhythms.

But it's not the just big, swooping changes that make the set worthy of a repurchase. Both Rahsaan and Quentin understand that house music should still be musically interesting and they achieve this by adding moments that will catch you off guard. For instance, you'll be swept up in the groove of "Wonderful Star" before you realize how its subtle interpolation of Curtis Mayfield's "Give Me Your Love" lends a seductiveness that only enhances the spellbinding vibe it gives. Likewise, giving "Break It Down" a glittering, space-age facelift somehow makes the breathy chorus feel even more intimate, almost as if it's being whispered into your ear as the beat pulses among a crowded dance floor.

Heroes & Gods 2.0 (Reimagined) isn't just another remix album. It aims to remind us how great the original is and take those musical ideas even further. To say it succeeds on both counts would be an understatement as it makes a case for the project to stand on its own merit.