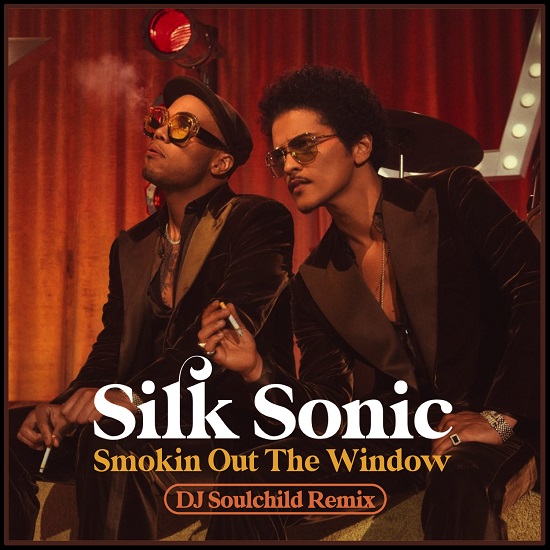 It's no secret that Silk Sonic has managed to dominate the R&B conversation this year thanks to their throwback '70s soul sound. So it makes sense that singles from the Bruno Mars and Anderson .Paak super duo have been the subject of a few remixes. While many of them are worthy of giving a spin, we have to give a special shoutout to DJ Soulchild, who has put a new spin on "Smokin Out The Window" that takes the song to a different level.

In an inspired choice, Soulchild pairs the song with Rick James' smoked-out classic "Mary Jane." It's a move that creates an unexpected synergy since both songs were about ladies who like to spread themselves around. The song's instantly recognizable flute also works well as a melody while Bruno and Andy get their feelings out about their unfaithful girl who belongs to the streets. But the producer doesn't just go the easy route, though, as he also works the funky intro of "Mary Jane" into the chorus and even let's Rick have a few ad-libs at the song's close. "Smokin Out The Window" was already an undeniable jam, but DJ Soulchild's remix dresses it up and takes it to the club.

To listen to DJ Soulchild's Silk Sonic remix, you can press play below. To get your own copy of it (plus all of his other masterful remixes of some of your favorite tracks), visit his website.