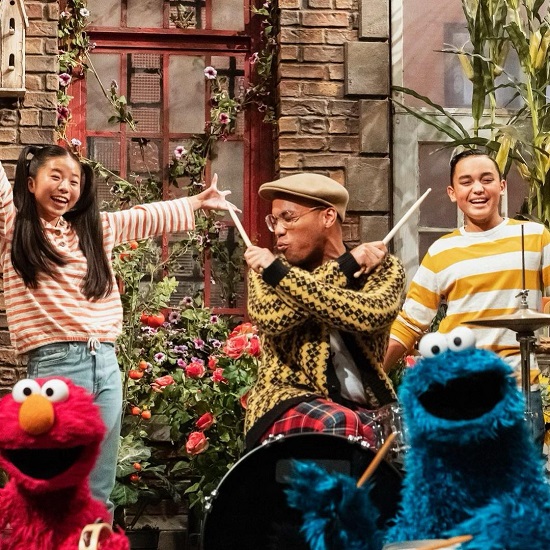 You know you've officially made the big time when you play big venues, win prestigious awards and get asked to be on perennial children's program Sesame Street. Well, folks, Anderson .Paak has officially made the big time! The singer, still riding the high of Silk Sonic's success, has followed in the footsteps of greats and found his way to the home of Big Bird, Elmo and Cookie Monster. In fact, he joins the latter two on the program to help explain to kids what holidays are and why we celebrate them.

Performing the original song "Holiday," AP teaches us about all the holidays there are — from New Year's Day to Christmas and everything in-between — as Elmo and Cookie Monster join him in celebration. Anderson shows off his signature wide grin, gets in a couple funny jokes (including playing an April Fools prank at the expense of his furry blue friend) and even busts out the drum kit as he wraps things up with a spirited "H is for Holiday" at the end of the song.

It's good to see Anderson .Paak having so much wholesome fun, especially since this might be the only family friendly thing he's done in the entirety of his career (outside of the inevitable Kidz Bop-ification of a couple Silk Sonic joints). Peep Andy jammin' out for the kids on Sesame Street when you press play and catch the full episode with the youngsters streaming now on HBOMax.