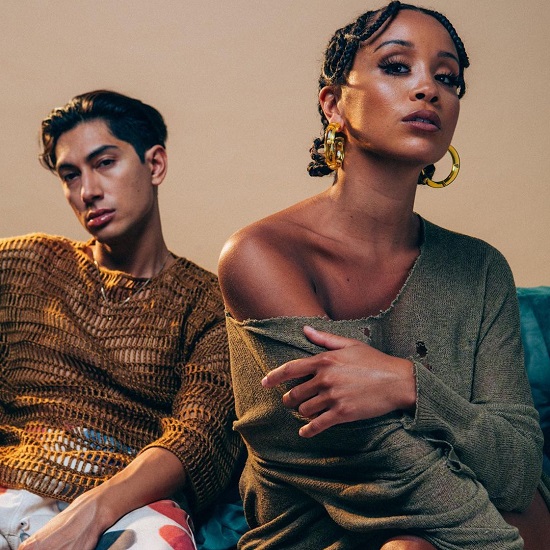 One of the best things about Lion Babe is that the New York-based duo is always ready with new music. Last year's album Rainbow Child was full of choice cuts that further solidified their place as the leaders of the cool school. Since the album's release, the duo has also been slyly releasing dance floor-ready remixes of the album's tracks. It looks like they're carrying that practice into the new year with the release of a remix for the album's lead single "Frida Kahlo" done by Astro Raw himself.

The song was already sunny and filled with house music vibes in its original incarnation. Astro Raw plays up that vibe even further by making the drums hit harder and faster while adding in a few extra synths and effects to make things all a bit slicker. Singer Jillian Hervey's vocal comes in later as well, starting as an echo before her mid-song rap starts things off. Her chorus is also stripped away, with the backing vocal melody becoming a bright, joyful refrain to match the smoking hot dance groove that surrounds it. This new take ups the fun of the song even more and shows why Lion Babe is one of the most innovative and versatile forces in the current R&B landscape.

At this rate, we're beginning to expect that every song from Rainbow Child will be getting the remix treatment and we can't wait to hear how other tracks will be reimagined. Until then, get the party started by listening Astro Raw's revamp of "Frida Kahlo" when you press play.